Toy soldiers dance party and new ERA on this blog.

I started rebasing my Lead Mountain Army. All my little lead men were so happy about their new shiny bases, so they decide to have a party on my painting table! Some even brought tanks and cars with them to have a ride around the table :) Its nice to see my little guys happy, and from now on I decided to write short stores about them in my future posts like Jay does. I introduced a new "STORY" label, so if you are interested in life of 15mm World inhabitants, just click on this label.

Zulu War Brits are having a friendly firefight with Great War Brits on a lamp, while their fans from different time period are watching. Remember, that toy soldiers cant harm each other and treat all fights like fun games. Battles and skirmishes on wargame tables are their favorite sport. 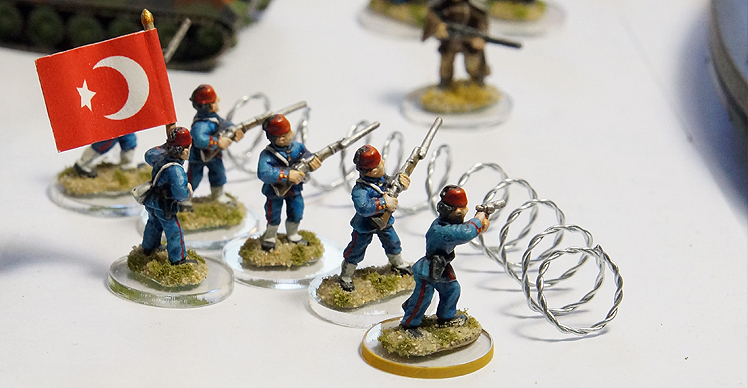 Ottoman Turks are watching the fight behind barbed wire barrier. Turks want to become the popular army among other toys soldiers, but they need more training.

Riders preparing for a friendly race. They want to show Americans that their lead horses are better than modern cars. 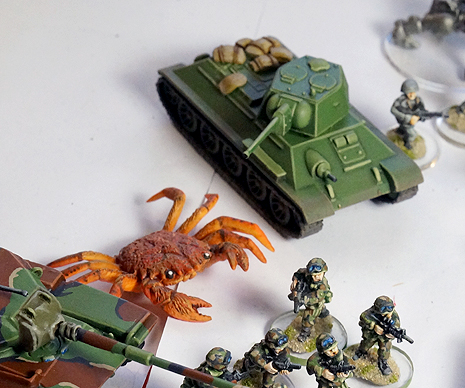 T-34 driver having a chat with giant crab. I am wandering what common topics they have :) 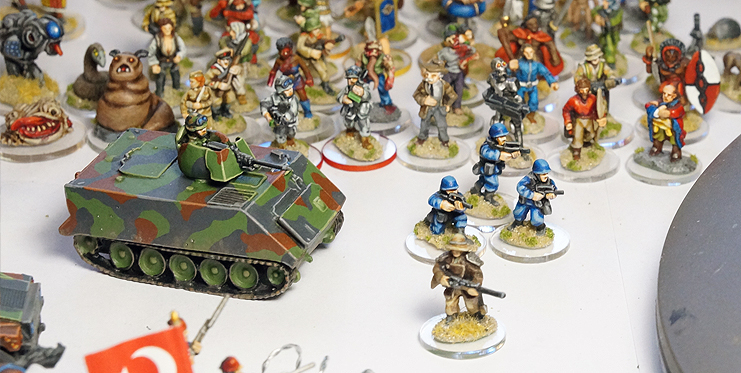