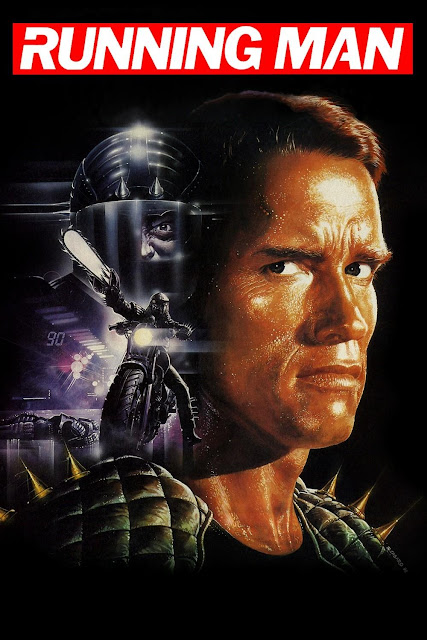 This is the second Behind the Scenes post about Earth80, the part of ULU 15mm Metaverse. Earth80 is near future alternative Earth in style of 80's sci-fi movies. In this post I am going to continue to choose 80's sci-fi movies with near future settings and share inspirational screenshots. Then I am gonna make terrain and convert 15mm miniatures for Earth80.

The second inspirational movie I am gonna to introduce is Running Man 1987 and you can find my previous post about Trancers (1985) here. Like in many 80's movies about near future, the world of tomorrow of Running Man look like our world in mid/late 80's but with futuristic elements. 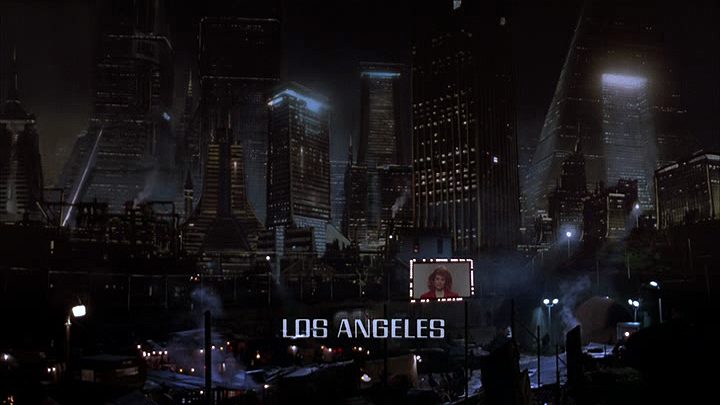 Los Angeles in 2017. Huge skyscrapers of rich citizens and shanty town of poor citizens. Like in Trancers (1985), old Los Angeles was destroyed by earthquake. 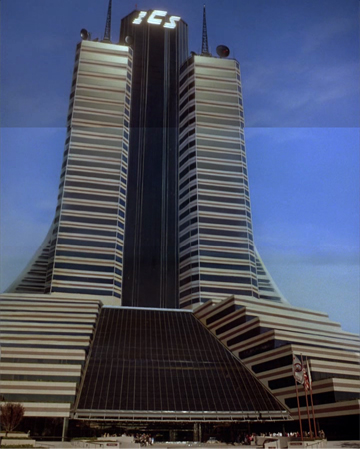 Architecture of the future. 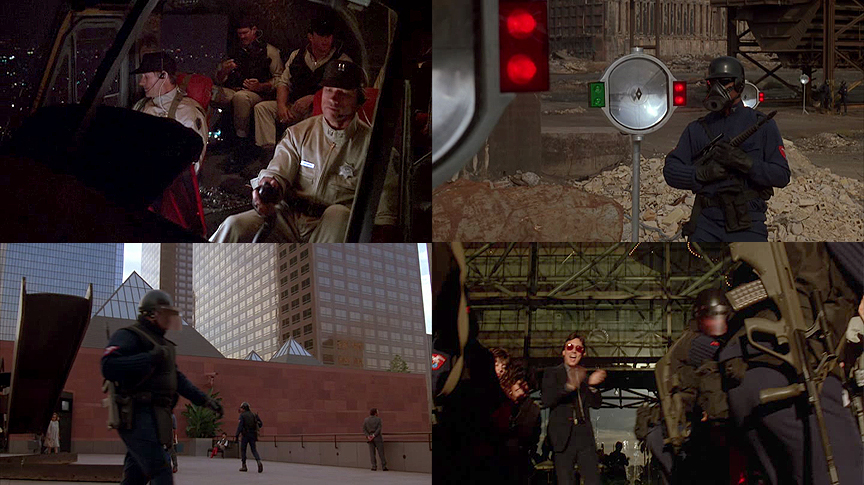 Law enforcements. Police pilots; Prison Guards with gas masks and armed either with Calico M100 Rifle or Colt Commando; Guards with vests and riot helmets, all armed with Aug Steyr. 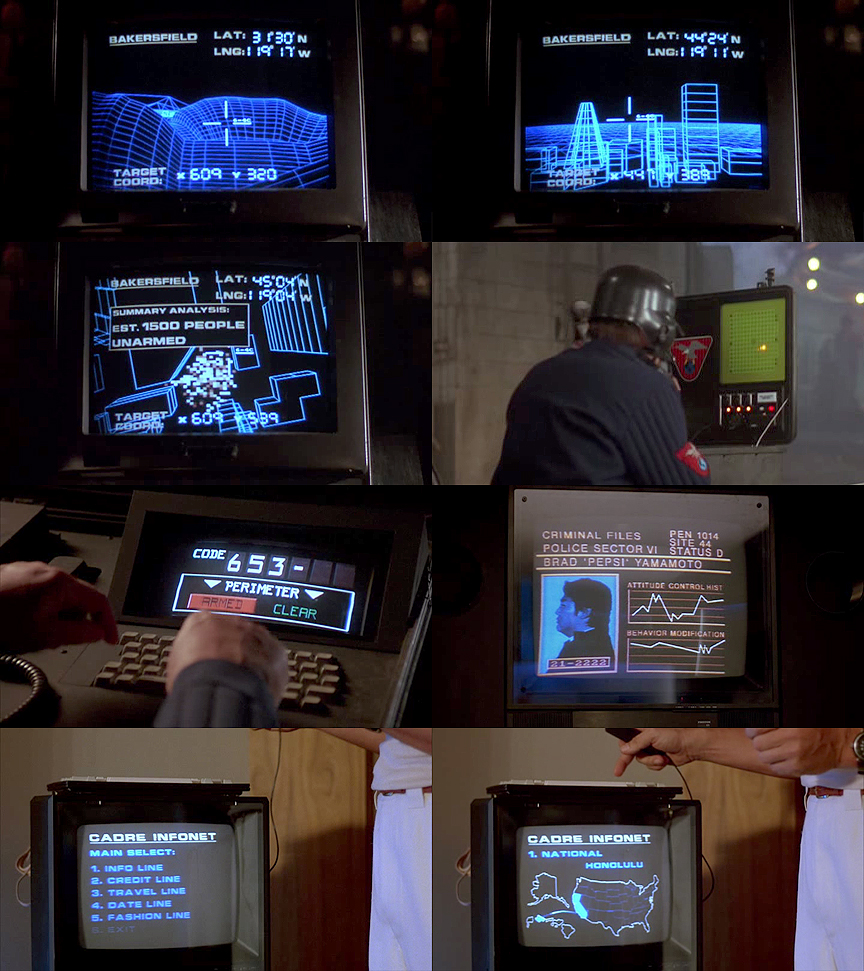 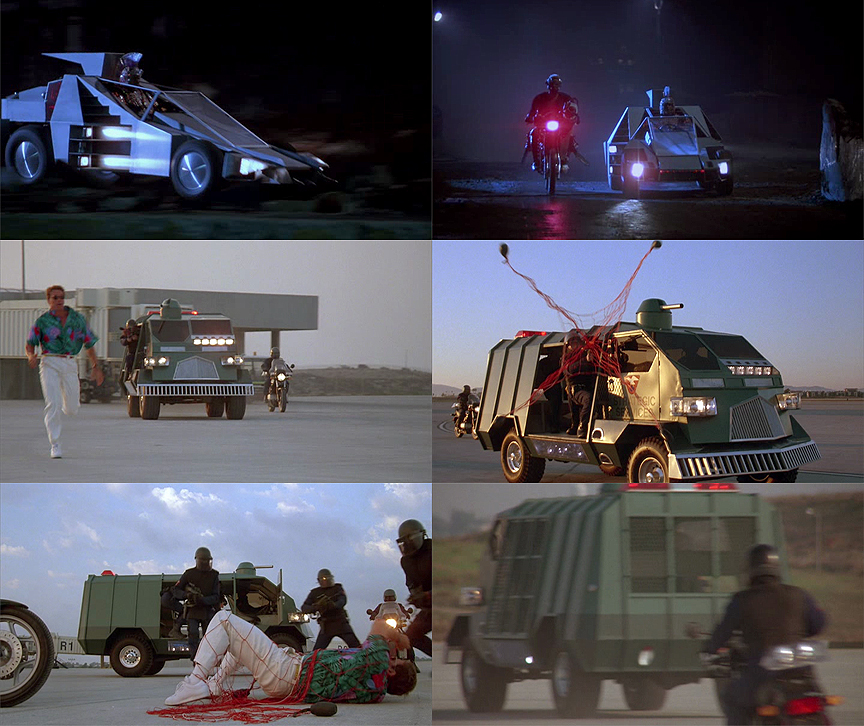 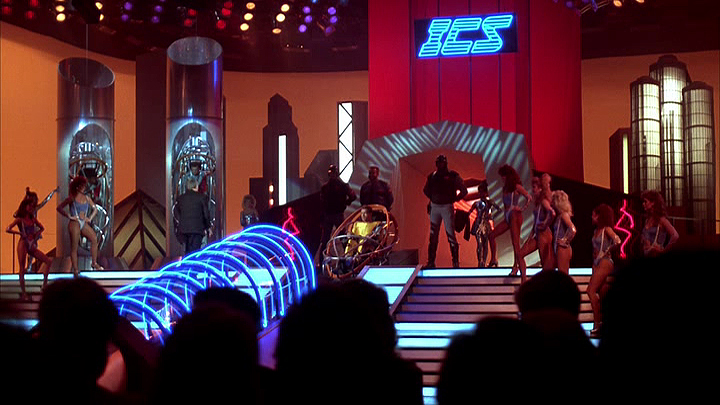 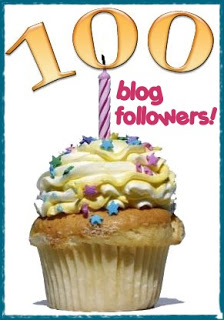 Thank you so much for your support!
Posted by Fjodin at 06:38 5 comments:

The journey has began!

I started writing posts in my ULU the 15mm Metaverse blog, about life of my 15mm miniatures. Because ULU is a huge Metaverse, I can tell short stories about different settings from stone age to the far future. It will also be a great practice for me, because English in not my first language :)

I decided to begin the journey from a universe "The Great Cold", and started drawing maps of it. Please note that all maps are original art and I will be constantly update them. 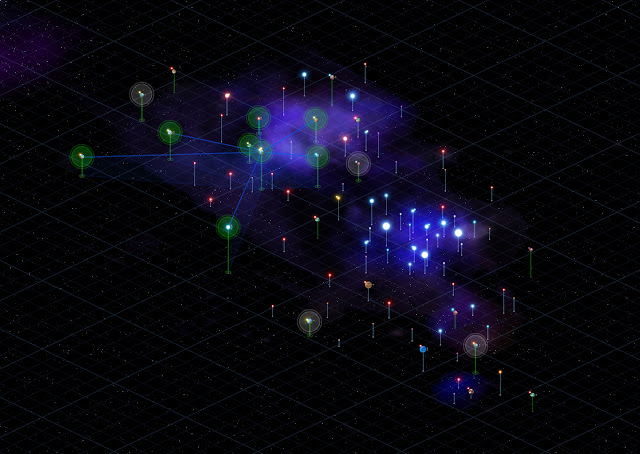 Email ThisBlogThis!Share to TwitterShare to FacebookShare to Pinterest
Labels: ULU

I made some photos for Mick Yarrow store, and hope he likes them. 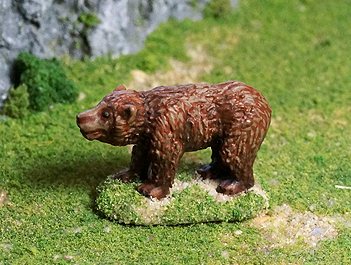 "Inuit8a" - the bear, that can be painted as white or brown bear. He is a king of the forest. RRAWR! 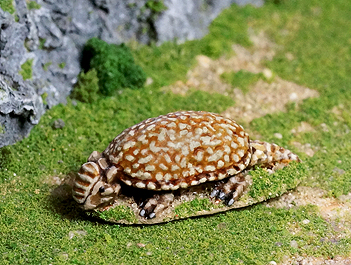 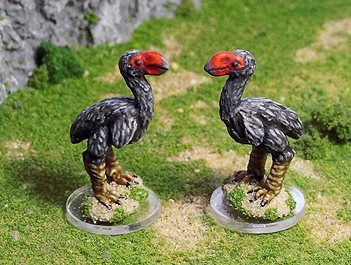 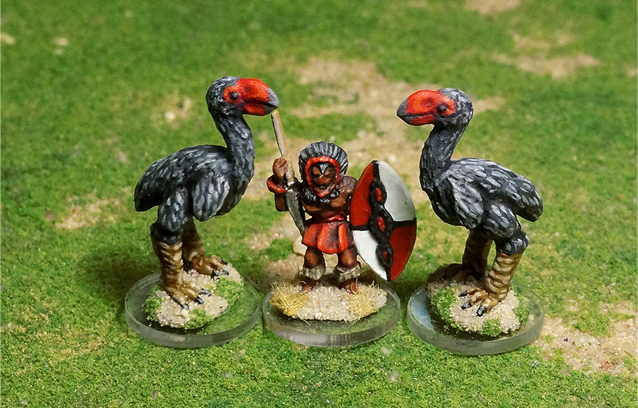 I painted and based two Demon Ducks of Doom :) These are female birds, and males gonna have white feathers around their beaks. I really like this figures! For size comparison I included Masai warrior from Irregular Miniatures. 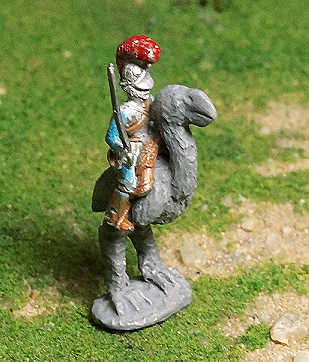 Bullockornis can also be used as mount for fantasy or sci-fi soldiers. 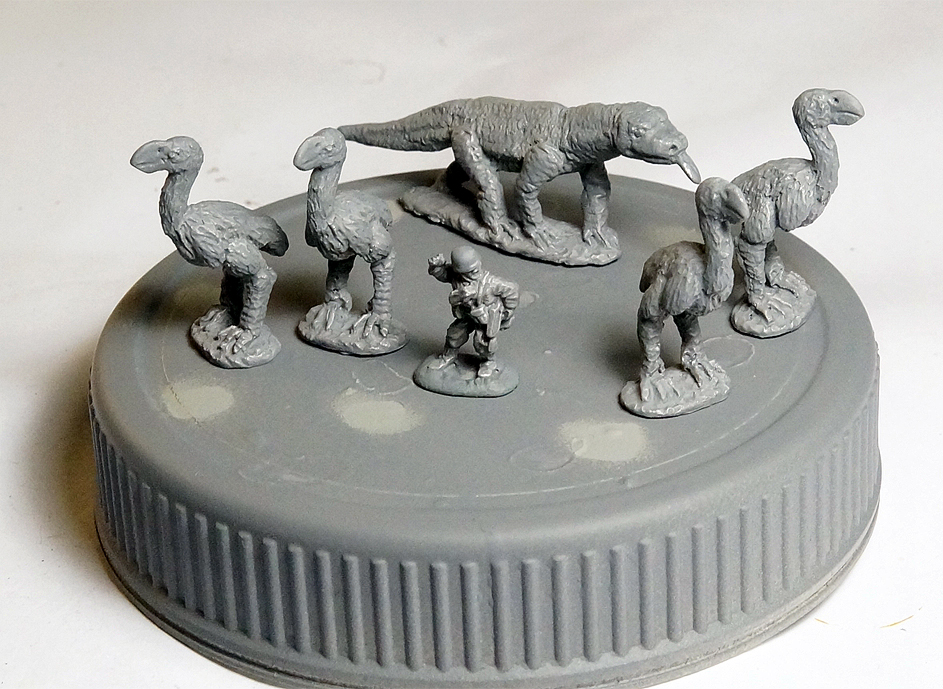 I just primed four Bullockornis, one Megalania from Mick Yarrow... and one French Foreign Legion-er from Peter Pig :) Gonna start painting them tomorrow morning. These creatures were walking on ancient Australian soil during Neogene period. From Wikipedia:
Bullockornis planei, nicknamed the Demon-Duck of Doom, is an extinct flightless bird that lived in the Middle Miocene, approximately 15 million years ago, in what is now Australia. Bullockornis stood approximately 2.5 metres (8 ft 2 in) tall. It may have weighed up to 250 kg (550 lb). Features of Bullockornis's skull, including a very large beak suited to shearing, indicate that the bird may have been carnivorous. The bird's skull is larger than that of many small horses.
Many paleontologists, including Peter Murray of the Central Australian Museum, believe that Bullockornis was related to geese and ducks. This, in addition to the bird's tremendous size and possible carnivorous habits, gave rise to its colourful nickname. The bird's generic name is improperly translated as "ox-bird", and was named instead for the type locality for the genus at Bullock Creek, Australia.

From Wikipedia:
The megalania (Megalania prisca or Varanus priscus) was a very large goanna or monitor lizard, now extinct. It was part of a megafaunal assemblage that inhabited southern Australia during the Pleistocene. It seems to have disappeared between 30,000 to 40,000 years ago. The first aboriginal settlers of Australia might have encountered living megalanias. Some Aboriginal Dreaming stories may even be about them. Along with other varanid lizards, such as the Komodo dragon and the lace monitor, the megalania belongs to the proposed clade Toxicofera, which contains all known reptile clades possessing toxin-secreting oral glands, as well as their close, non-venomous relatives, including Iguania, Anguimorpha, and Serpentes. Thus, being a member of Anguimorpha, this makes megalania the largest venomous vertebrate known to have existed.
Posted by Fjodin at 04:30 3 comments: 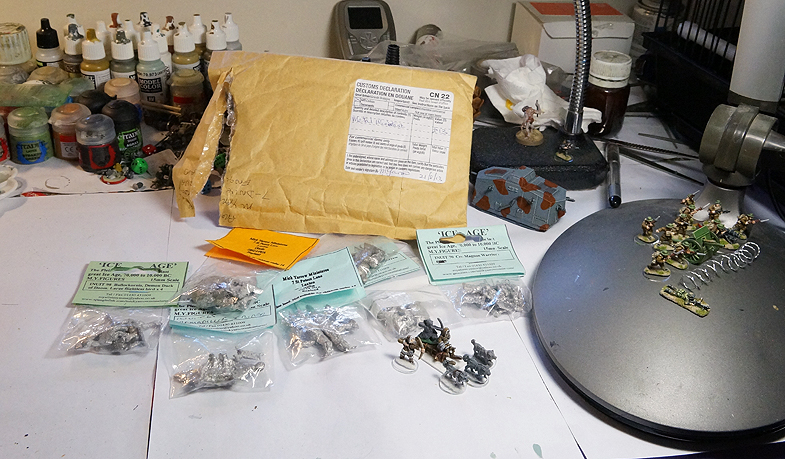 I just received a parcel with lots of 15mm Prehistoric figures from Mick Yarrow's "Ice Age" range! I am gonna paint them and use for ULU stories :)
PS: Figures on the bottom of a lamp are Peter Pig WW1 Brits and tank near the envelop is A7V from QRF. Inuit archer and dog sledge are from my previous M.Y. order. 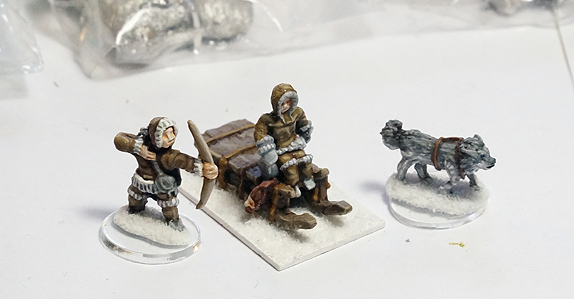 Close up of husky dog sledge and Inuit archer. I only included painted miniatures in this photo, and I need to paint the kneeling passenger archer and two dogs (there should be three dogs in two poses). And YES, its a human head attached to the sledge :)

Some (but not all) of Mick Yarrow animals just from the envelope. Four Bullockornis, two Megalania lizards and polar bears. I asked Mick Yarrow whats the difference between these two codes: Inuit8 2 x Polar Bears £1.75p (redesigned!) and Inuit8a 3 x Polar bears (old design) and Mick was so kind, so he included a sample of each Polar Bear code (old and new). 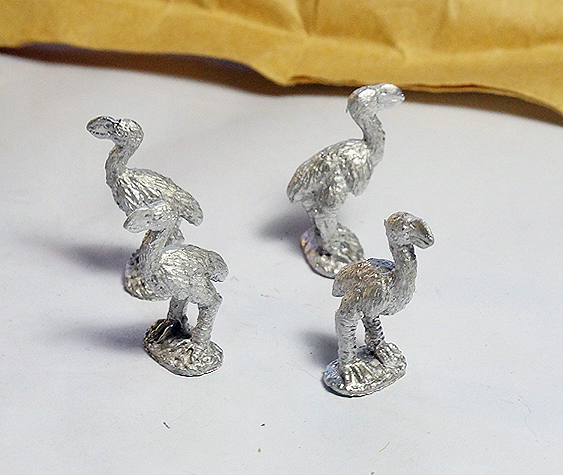 Close up of four Bullockornis (nicknamed the Demon-Duck of Doom) - the extinct flightless bird that lived in Australia 15 million years ago. I REALLY like these miniatures. I will prime them and start painting just after finishing this blog post.