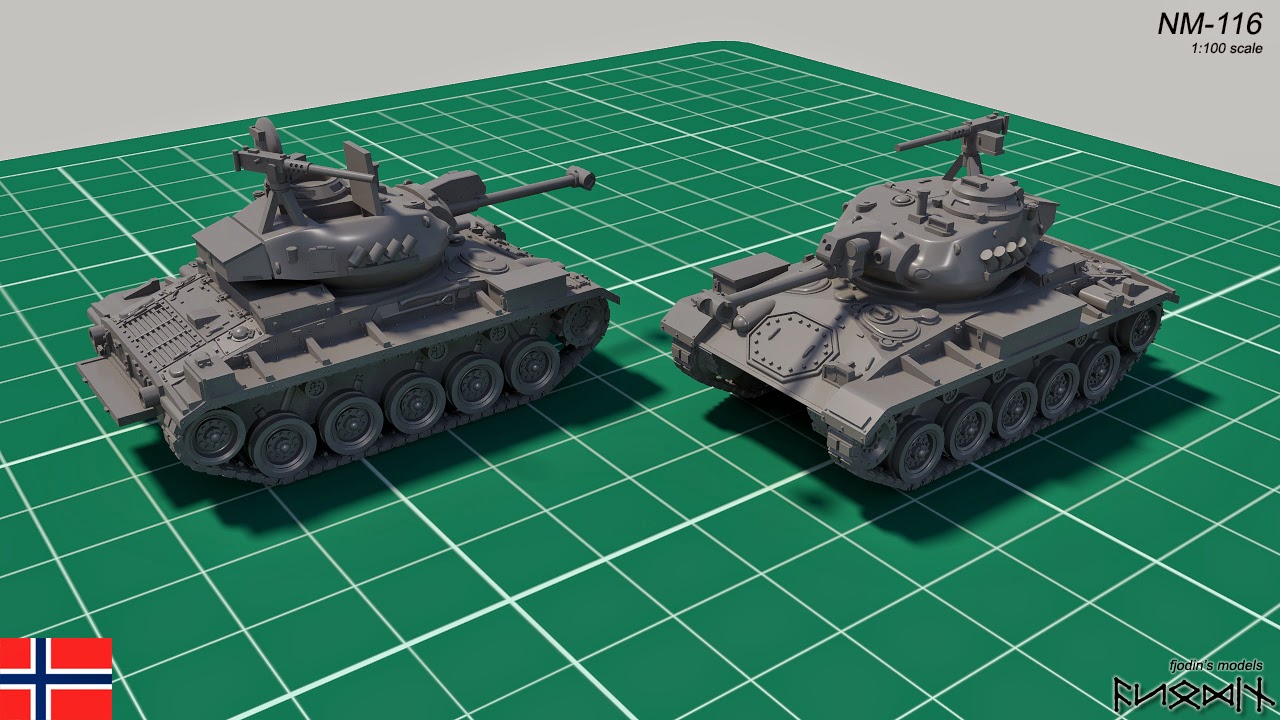 In 1972, the Norwegian Army decided to retain 54 of their 123 M24 light tanks as reconnaissance vehicles after they were substantially rebuilt under the designation NM-116. It was calculated that the NM-116 rebuilding program cost only about a third as much as contemporary light tanks.
This program was managed by the firm Thune-Eureka. The American firm NAPCO developed an improved power-pack based around the 6V53T diesel engine used in the M113 armoured personnel carrier mated to an Allison MT-653 transmission. The original 75 mm Gun M6 L/39 was replaced with a French D-925 90 mm low pressure gun, with a co-axial 0.50-inch (12.7 mm) M2 heavy machine gun. The bow gunner position was eliminated in favor of ammunition stowage. A new fire-control system was installed, complete with a Simrad LV3 laser rangefinder. Norwegian firms also converted eight M24 light tanks into light armoured recovery vehicles to support the NM-116. The NM-116 were retired from service in 1993.
Posted by Fjodin at 02:48