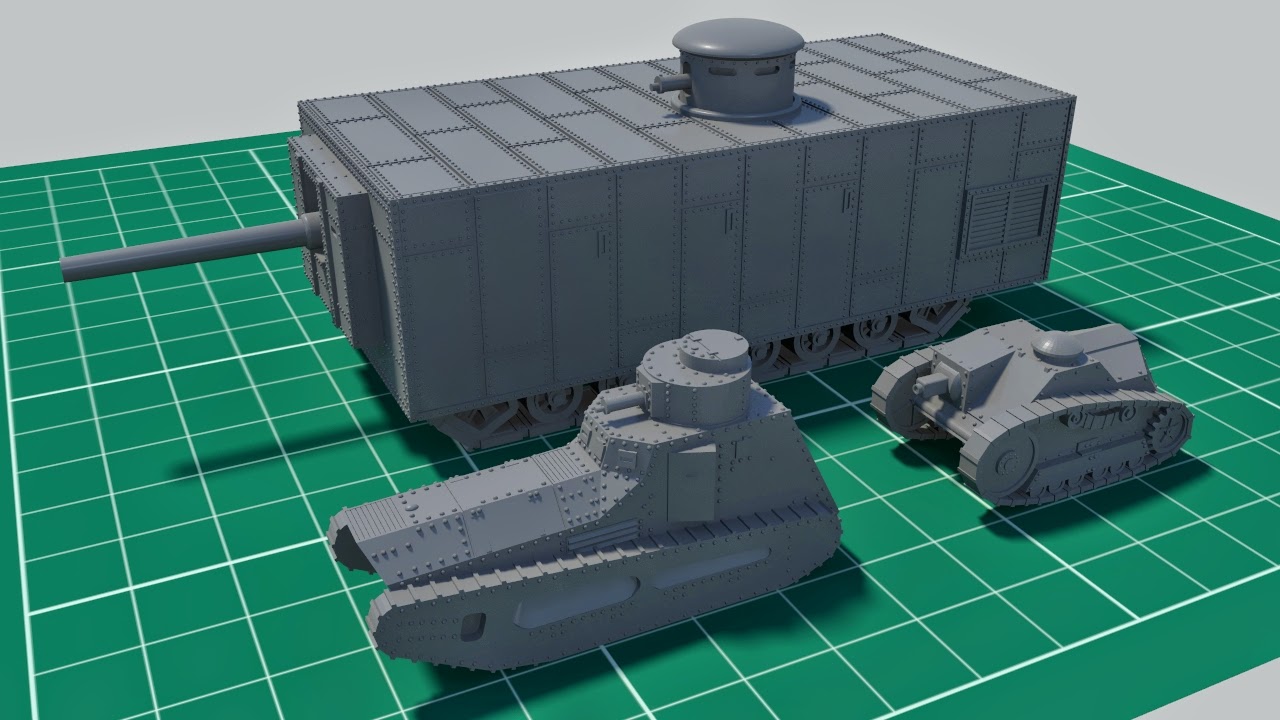 Here are two other obscure WW1 vehicles that I made year ago.

NOTE that these models are 85 % finished and still need final touches and additional details on tracks and hull.

I am going to finish them after Norwegian NM-142 and Mystery Nato Tank that almost done.

LK-II is a German WW1 tank. Only two prototypes were produced by June 1918, and were followed by orders for 580 tanks, which were never completed. Tank that was later used by Sweden up to 1938.

The Ford 3-Ton M1918 was one of the first light tank designs by the U.S. It was a small two-man, one-gun tank. It was armed with a M1919 Browning machine gun and could reach a maximum speed of 8mph. The 3-Ton had a 17 gallon tank that gave it a maximum range of 34 miles. A contract for 15,000 of these vehicles was awarded; however, the U.S tank corps felt it did not meet the requirements they wanted. The contract for the 15,000 tanks was ended by the Armistice, leaving only the fifteen original vehicles produced.
Posted by Fjodin at 16:24