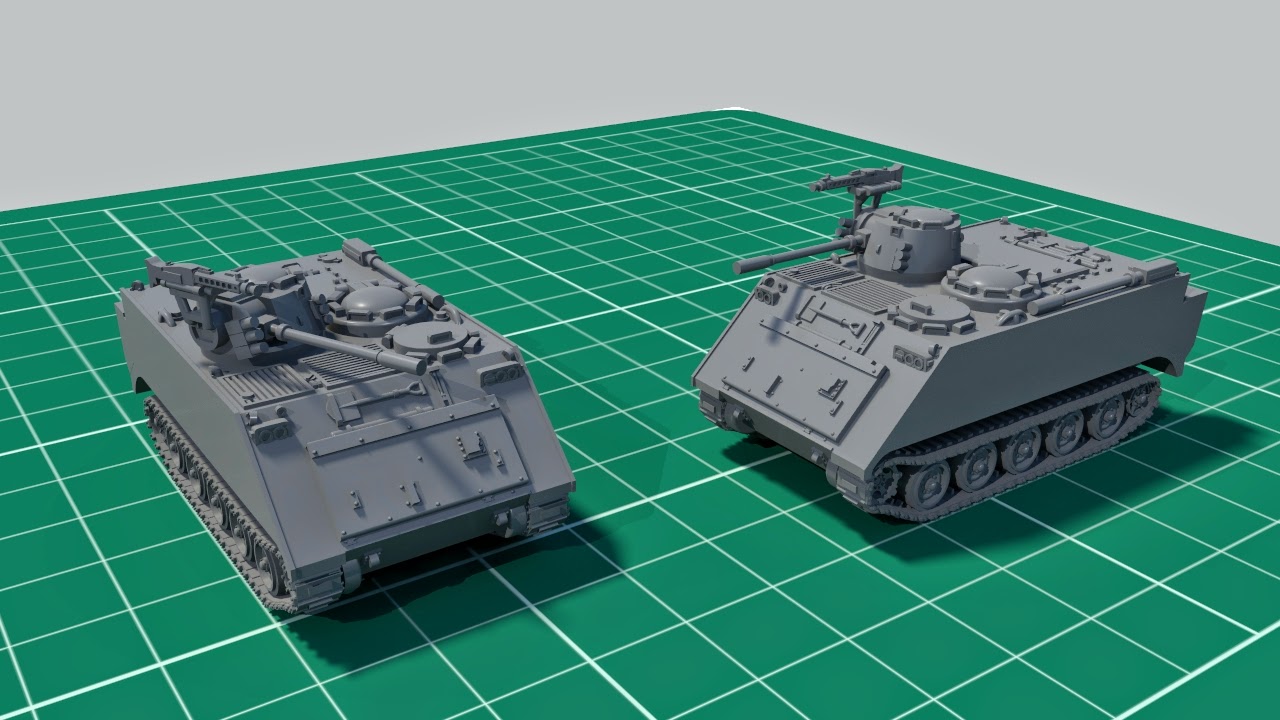 The NM135 is a Norwegian variant of the American M-113 armoured personnel carrier (APC), which was used until the introduction of Hägglund's CV9030N in the late 1990s.

The NM-135 mounts a turret containing one 20 x 139 mm Rheinmetall mk20 autocannon, with a rate of fire of 900 rounds/minute. The vehicle also had a coaxial MG3 machinegun, a 71 mm LYRAN mortar for light grenades and 6 launch tubes for smoke grenades. It was first intended to be used as a lightly armoured, self-propelled anti-aircraft weapon system.

Nothe that diameter of a machine gun and autocannon will be only 1mm after printing.
Posted by Fjodin at 18:27